Prams, pushchairs, buggies and strollers – choosing the perfect carrier to keep your little ones secure and comfortable on the move can be a daunting task. So, where to start?

Carriers for infants can be divided into three categories, and the first thing to know is that much depends on the age of your twins.

Firstly, there’s the classic lie-flat newborn pram, which typically consists of a pushchair chassis and a carrycot seat. It’s believed that newborns need to lie flat in a pram to help with lung development, breathing, and spinal development. A pram is very different in that respect to an upright pushchair or stroller, but lots of the best and most adaptable prams and pushchairs have a 2-in-1 seat that transforms from a carrycot to a seat unit when your tot reaches an older age.

For this reason, the best pushchair for

your newborn twins would be our Duellette Combi, coming with two carrycot-to-seat units that can interchange positions as easy as pie. It comes in drastically cheaper than others designed for newborn twins such as the Bugaboo Donkey, whilst doing the exact same job. 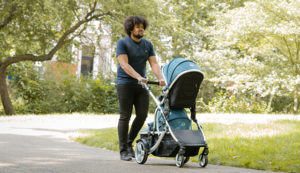 Then, there’s the “travel system”, which also includes a car seat and carrycot that can be clicked in and out of the pram or pushchair. These offer multiple functions in one, and make it easier to transport sleeping babies without disturbing them too much. In 2018, an all-in-one travel system complete with a whole host of practical functions is likely to be the best option for busy parents.

This is where our Duellette BS 3-in-1 Travel System could be the perfect match for you and your twins. Our Kids Kargo Isofix Car Seats are designed to slip right into the chassis frame with no spare parts needed. With our Car Seats you can take your sleeping baby with their car seat to outdoors for that much needed fresh are without any inconvenience, whether that’s from your home or car. From 6 months, your twins can then settle comfortable in the bucket seats of our Duellette BS. With this pushchair, they can both face to and away from you, giving you the opportunity to grow that parent-child bond even on walking trips. 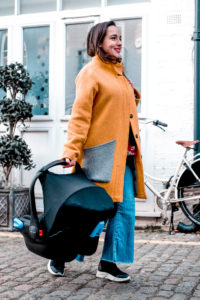 What do you mean I can jog with my buggy? Is it even safe?

Active parents might also be interested in looking at the new generation of running buggies, including our Fitty Jogger, which is available as a single or double. The Fitty Jogger comprises of two seat units in its double form, which is best suitable with twins from 6 months old.

Running with a buggy increases your calorie burn by up to 20 per cent, and the mental health charity Mind lists walking or running with your baby jogger as one way to help prevent or overcome post-natal depression.

In any case, the sort of terrain you’ll be tackling is an important consideration, too – some buggies may look sleek and stylish on the city streets, but might fare less well on a farm, unlike our Fitty Jogger which has the build and wheels to tackle both with grace. Then, of course, there’s the budget to think about. That’s why Kids Kargo’s Fitty Jogger is the smartest & money savvy option. 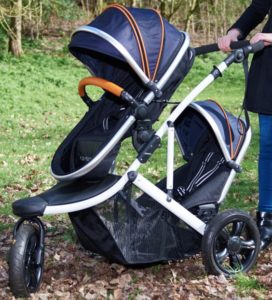 Posted in Uncategorized.
Share
NextWe nabbed Silver on our Duel DS in this years Made for Mums Awards 2020🥳
Cart Close

This website uses cookies to improve your experience while you navigate through the website. Out of these cookies, the cookies that are categorized as necessary are stored on your browser as they are essential for the working of basic functionalities of the website. We also use third-party cookies that help us analyze and understand how you use this website. These cookies will be stored in your browser only with your consent. You also have the option to opt-out of these cookies. But opting out of some of these cookies may have an effect on your browsing experience.
Necessary Always Enabled
Necessary cookies are absolutely essential for the website to function properly. This category only includes cookies that ensures basic functionalities and security features of the website. These cookies do not store any personal information.
Non-necessary
Any cookies that may not be particularly necessary for the website to function and is used specifically to collect user personal data via analytics, ads, other embedded contents are termed as non-necessary cookies. It is mandatory to procure user consent prior to running these cookies on your website.
SAVE & ACCEPT